The facts about Dementia

Dementia affects 459,000 Australians. And almost 1.6 million Australians who are involved in their care. Here we dig into the facts about dementia, the signs of dementia and the diagnosis of dementia. 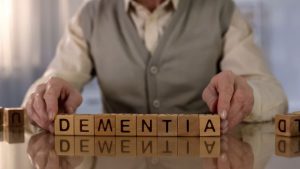 All content in this article has been obtained from Dementia Australia at www.dementia.org.au/ and further reading is also available here.

Dementia describes a collection of symptoms that are caused by disorders affecting the brain. It is not one specific disease. It affects thinking, behaviour and the ability to perform everyday tasks. Brain function is affected enough to interfere with the person’s normal social or working life.

Dementia can happen to anybody, but it is more common after the age of 65 years. Although most people with dementia are older, but it is important to remember that not all older people get dementia. It is not a normal part of ageing.

Dementia is the umbrella term for a number of neurological conditions, of which the major symptom includes an overall decline in brain function. Dementia is a disease symptom, and not a normal part of ageing. The cause of dementia can be from one of the following, with Alzheimer’s disease the most common form of dementia, affecting up to 70% of all people with dementia:

For more information on each of the above please visit www.dementia.org.au/information/about-dementia/types-of-dementia

The early signs of dementia are very subtle and vague and may not be immediately obvious. Early symptoms also vary a great deal. Usually though, people first seem to notice that there is a problem with memory, particularly in remembering recent events.

Other common symptoms include:

Sometimes people fail to recognise that these symptoms indicate that something is wrong. They may mistakenly assume that such behaviour is a normal part of the ageing process. Or symptoms may develop gradually and go unnoticed for a long time.

Based upon “Is it Alzheimer’s? Ten Warning Signs You Should Know”, published by the Alzheimer’s Association, USA, here is a is a checklist of common symptoms of dementia. Go through the list of the symptoms, if there are several that you say ‘yes’ to, a doctor should be consulted for a complete examination of the person with the symptoms.

It is normal to forget meetings, colleagues’ names, or a business associate’s telephone number occasionally, but then remember them later.

A person with dementia may forget things more often, and not remember them later.

Busy people can be so distracted from time to time that they may leave the carrots on the stove and only remember to serve them when the meal has finished.

A person with dementia might prepare a meal and not only forget to serve it, but also forget they made it.

Everyone has trouble finding the right word sometimes.

A person with dementia may forget simple words or substitute inappropriate words.

Disorientation of time and place

It is normal to forget the day of the week or your destination for a moment.

People with dementia can become lost on their own street, not know where they are, how they got there or how to get back home.

Dementia affects a person’s memory and concentration and this in turn affects their judgement. Many activities, such as driving, require good judgement and when this ability is affected, the person will be a risk, not only to themselves, but to others on the road.

Managing finances can be difficult for anyone.

A person with dementia may have trouble knowing what the numbers means or what to do with them.

Anyone can temporarily misplace a wallet or keys.

A person with dementia may repeatedly put things in inappropriate places.

Changes in mood or behaviour

Everyone becomes sad or moody from time to time.

Someone with dementia can have rapid mood swings from calm to tears to anger, for no apparent reason.

People’s personalities can change a little with age.

A person with dementia can become suspicious or fearful, or just apathetic and uncommunicative.  They may also become dis-inhibited, over-familiar or more outgoing than previously.

It is normal to tire of housework, business activities or social obligations.

The person with dementia may become very passive and require cues prompting them to become involved.

A correct diagnosis is important and therefore consulting a doctor is the best place to start. A doctor, who after considering the symptoms and ordering screening tests, may offer a preliminary diagnosis or refer the person to a neurologist, geriatrician or psychiatrist.

Some people may be resistant to the idea of visiting a doctor. In some cases, people do not realise, or else deny, there is anything wrong with them. This can be due to the brain changes of dementia that interfere with the ability to recognise or appreciate one’s memory problems. Others, with retained insight, may be afraid of having their fears confirmed. Therefore, if the person will not visit the doctor:

Remember that many conditions have symptoms similar to dementia, so it is important not to assume that someone has dementia just because some of the symptoms are present. Strokes, depression, alcoholism, infections, hormone disorders, nutritional deficiencies and brain tumours can all cause dementia-like symptoms.  Many of these conditions can be treated.

Detailed information about dementia is available under Help Sheets & Update Sheets section of the dementia Australia website where this content has been copied from – our website – www.dementia.org.au/resources/help-sheets