The road rules around the country are based on the Australian model road rules, and each state and territory has their own implementation of these road rules. Here we outline the key areas where the road rules differ. 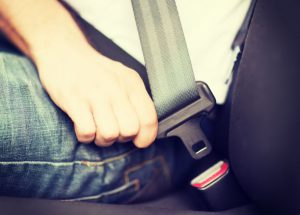 What is the default speed limit on an unmarked road? How many passengers can a provisional driver have in their car? When is it legal to perform a hook turn? The answer to these common road rules questions differ in different states and territories across Australia.

Road rules around the country are based on the Australian model road rules, which are continually updated. Each state and territory has their own implementation of these road rules that may differ from other locations. This means that while laws in different parts of Australia tend to be similar, there are a few significant differences that can be confusing for interstate drivers.

On this page, we outline some key areas where road rules differ.

Drivers on an unrestricted licence may use their mobile phones in the car, as long as they meet the strict requirements laid out by the mobile phone rules in different states and territories. Mobile phones can only be used if secured in a cradle affixed to your car, or operated without touch. Even then, they can only be used to make or receive phone calls, use audio functions, and navigate.

Few road rules differ as much between locations as L and P plate laws. Depending on the state or territory you are driving in, you may need to obey restrictions such as varying speed limits, no mobile phone use, towing limits, passenger limits, vehicle restrictions, and curfews. Before setting off on a road trip, make sure to check the requirements to comply with local laws. Learn more about red and green P and L plate laws here.

While worded differently, general passenger restriction laws are similar around Australia, and arise from the requirement for every passenger to wear a seatbelt. Fines and demerit points for having too many passengers in your car vary with location.

The requirements that must be followed when overtaking another vehicle are almost identical around Australia. Overtaking must always be done safely with a clear view, and is only allowed on the left under specific circumstances. Cars must not overtake when a continuous centre line is on their side of the road, and must leave a minimum of 1 to 1.5m when overtaking cyclists. Overtaking offences and penalties however differ considerably between states, and can attract fines ranging from $168 to $400 and beyond. Learn more about overtaking laws here.

There are no specific laws against eating while driving. However, that doesn’t mean you can just chow down! Every state and territory has laws against careless or distracted driving, so if you’re paying too much attention to what you’re eating, you can end up with a penalty or in a serious accident. The exact law that is applicable varies with location, as do penalties. Learn more about eating and drinking laws here.

Driving in excess of the speed limit is illegal throughout Australia, but penalties differ depending on state and territory, as well as how far you are over the speed limit. Along with a fine and a loss of demerit points, penalties can also include automatic licence suspensions, especially where the speed limit exceeds 30km/h. Learn more about speed limits and speeding laws here.

If you’re heading to Melbourne, you’ll need to learn the “hook turn”, a rare road rule only applicable in Victoria. A hook turn is a right-hand turn made from the left-hand lane. Hook turns are used by bicycles around Australia, and are also used by buses at two specific intersections in Adelaide. However, you won’t see cars making them outside Victoria. Learn how to make a hook turn here.

Road rules are constantly changing, and it can be hard to stay up to date. If you break the law when driving, even by accident, you are still liable for a fine or loss of demerit points. We outline some new road rules that you should be mindful of here.

This article has been prepared by Allianz Australia Insurance Limited ABN 15 000 122 850 AFSL 234708 (“Allianz”). Information contained in this article is accurate as at 15th June 2020 and may be subject to change. In some cases, information has been provided to us by third parties and while that information is believed to be accurate and reliable, its accuracy is not guaranteed in any way. Any opinions expressed constitute our views at the time of issue and are subject to change. Neither Allianz, nor its employees or directors give any warranty of accuracy or accept responsibility for any loss or liability incurred by you in respect of any error, omission or misrepresentation in this article.